← back to
Dawn of Light
Get fresh music recommendations delivered to your inbox every Friday. 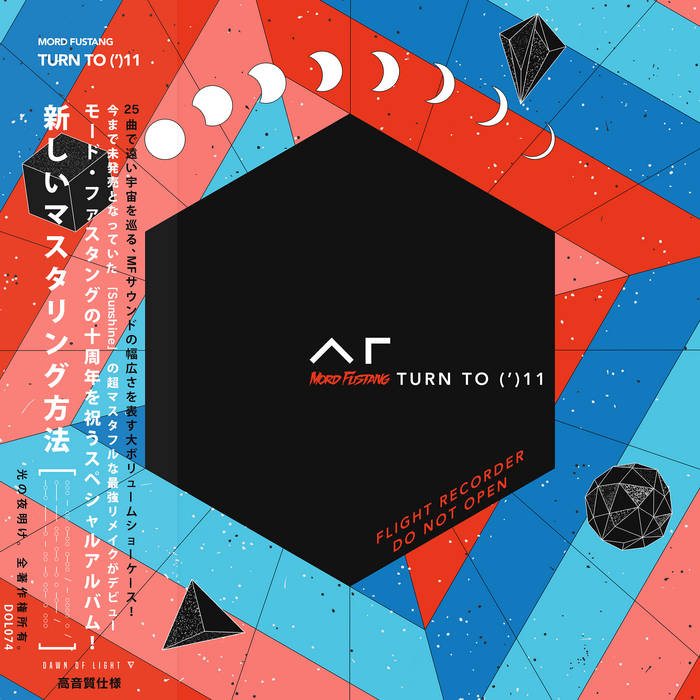 FLIGHT RECORDER, DO NOT OPEN

ATTENTION! For optimal sound reproduction, the producer of this album recommends that you play it loud.

There's a beating heart underneath three distinct "Data Sets" the Super-LP consists of, making a whopping 2 hour and 15 minute total run time simply zip by. From the dreamy yet energetic opener IN THE DISTANCE things get ever more exciting onwards. SHAKSHUKA absolutely lands it sonically with its fresh, slamming, intense four-to-the-floor groove, while TUNA MELT TO THE FUTURE brings together the hit TUNA MELT with a blast from the past, serving especially to the sensibilities of long-time listeners. THINGS UNSAID has staying emotional power and ATLASPHERE has an undeniably refreshing feel to it.

Things get mysterious with ARTIFACT 2 and experimentations like WHERE IS THE SUN while not straying too far from core Mord, but PRAYER FOR THE EARTH is unexpectedly spiritual, almost tribal, all a stark contrast with the rest of the album in how down to earth it is. ZUGUNRUHE is as forward-thinking and crisp-sounding as one would expect from Mord Fustang, while SUNSHINE again reminds that there's an energising amount of warmth beneath it all. This revelatory push-pull experience makes up what is undeniably one of Mord's most interesting works yet.

All in all, TURN TO (')11 feels like the culmination of a decade of Mord and marks another strong entry in the catalogue of the pioneer of complextro.

You might also enjoy "The Symbolism of Everything" album:

Music Creator: 70% of my body is made of video games.

Bandcamp Daily  your guide to the world of Bandcamp